Freshwater pearls are also referred to in prosaic terms as “special features from the sea” - and rightly so. Pearls are not only beautiful and each one is unique, they have also been said to have a mystical-magical impact since ancient times: they are supposed to have a healing effect.

Pearls can alleviate grief, stress and dissatisfaction. They should also resolve internal conflicts and thus help to regain inner balance. 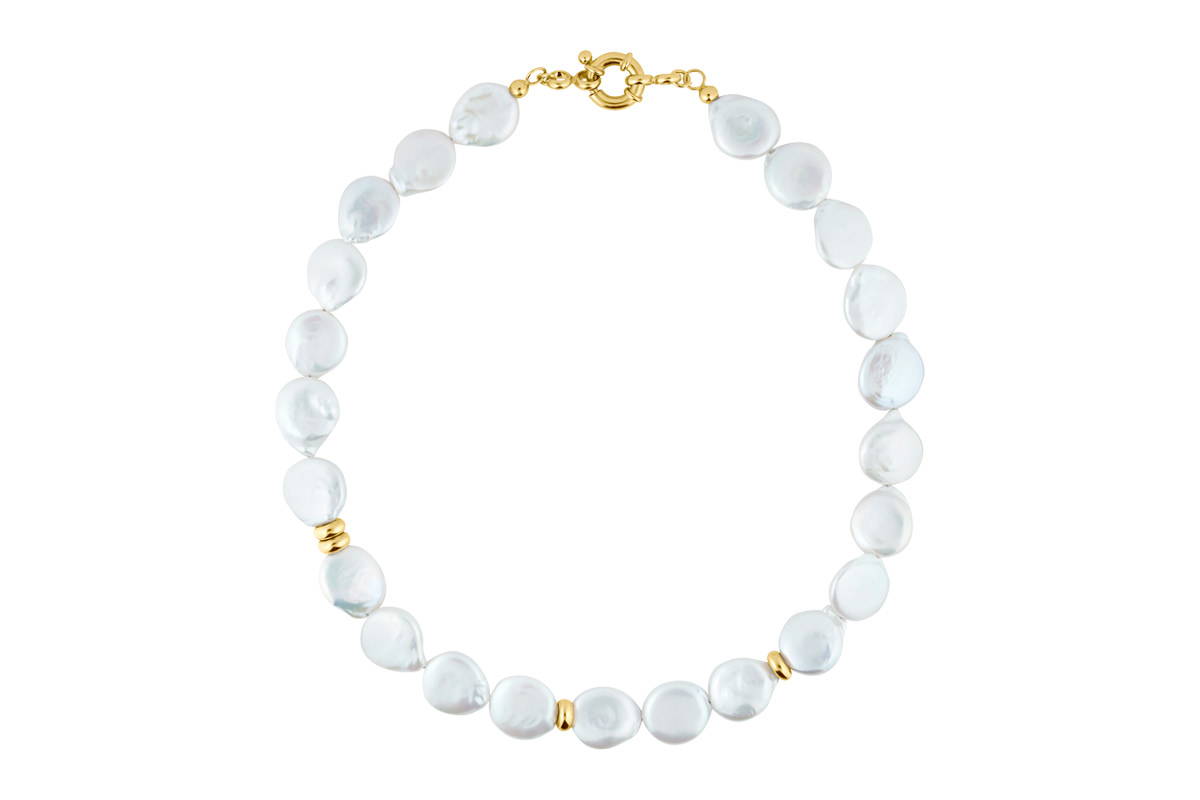 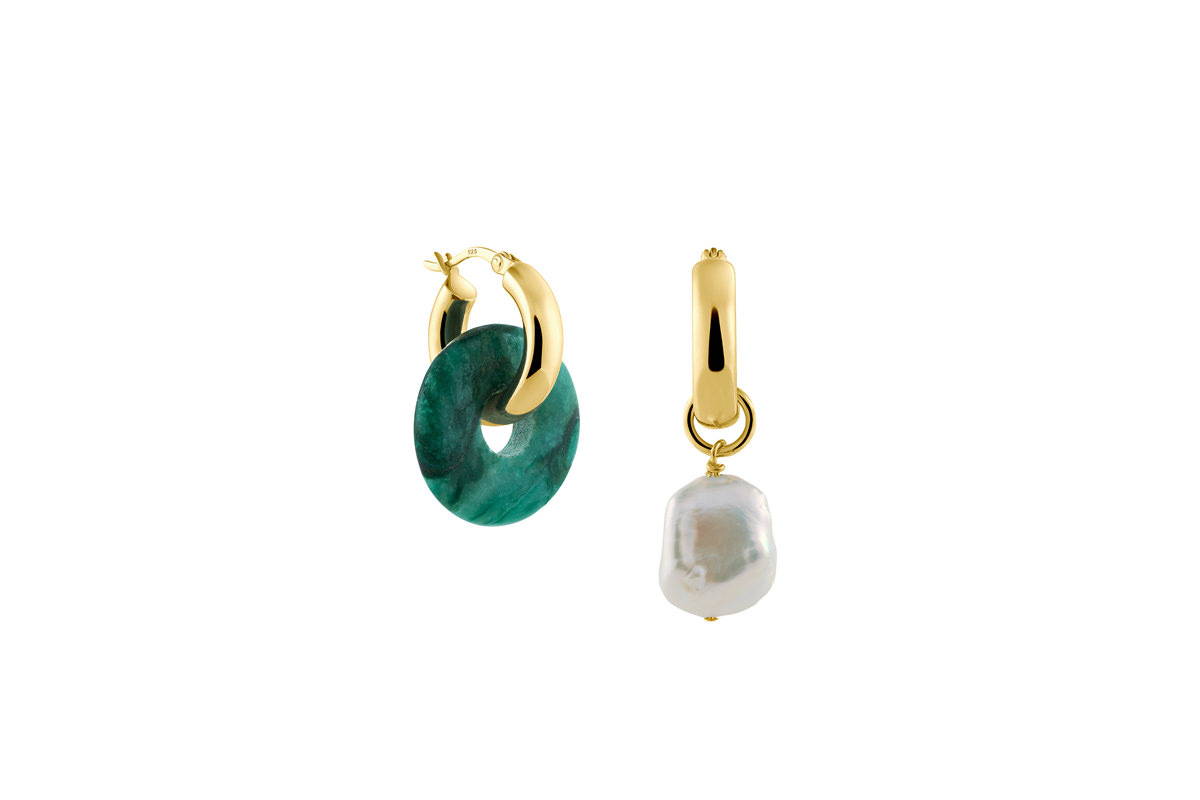 The prase gemstone was already known in antiquity and was mostly used as a healing and protective stone. The green gemstone is one of the strengthening stones, it helps to reduce stress and promote self-discipline. The prase gemstone is therefore particularly well suited for people who have a heavy job and are looking for balance.

The name of the gem is derived from the Greek word “prasos” for “leek”. It refers to the color of the stone, whose mostly matt shimmering green is reminiscent of leeks. Because of its green color, it has a certain resemblance to jade. The gemstone can be found mainly in Greece and the USA.

Like most stones, calcite also has a healing effect. Worn as a chain or gemstone bracelet, calcite strengthens stability and self-confidence and helps to overcome difficult phases in life. Calcite is said to have a calming effect, for example it can protect us against nightmares at night.

Calcite can be found all over the world, some have a glossy sheen, others have a matt shimmer. Like many other minerals, the stone is naturally white or colorless, but often contains microscopic inclusions of other minerals that can color it orange, red, blue or green. Calcites such as orange calcite, citron calcite, green calcite, and blue calcite are found in small areas in Mexico. 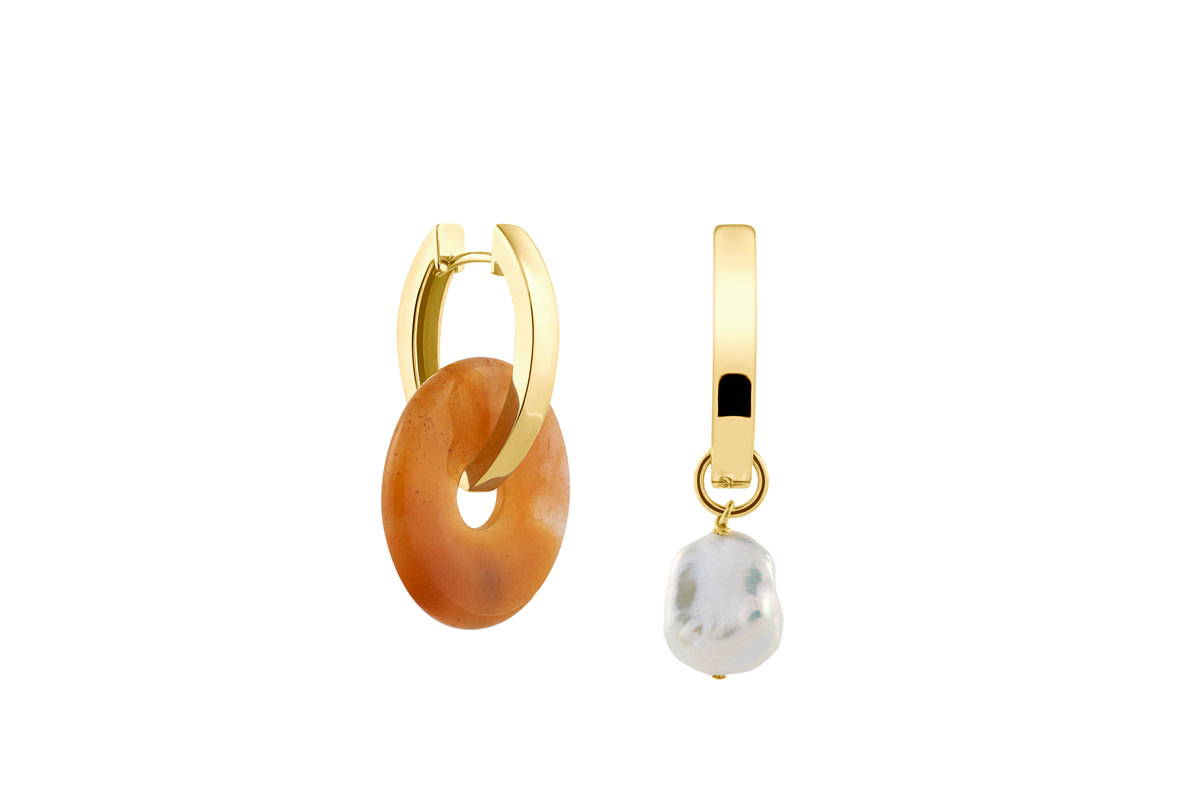 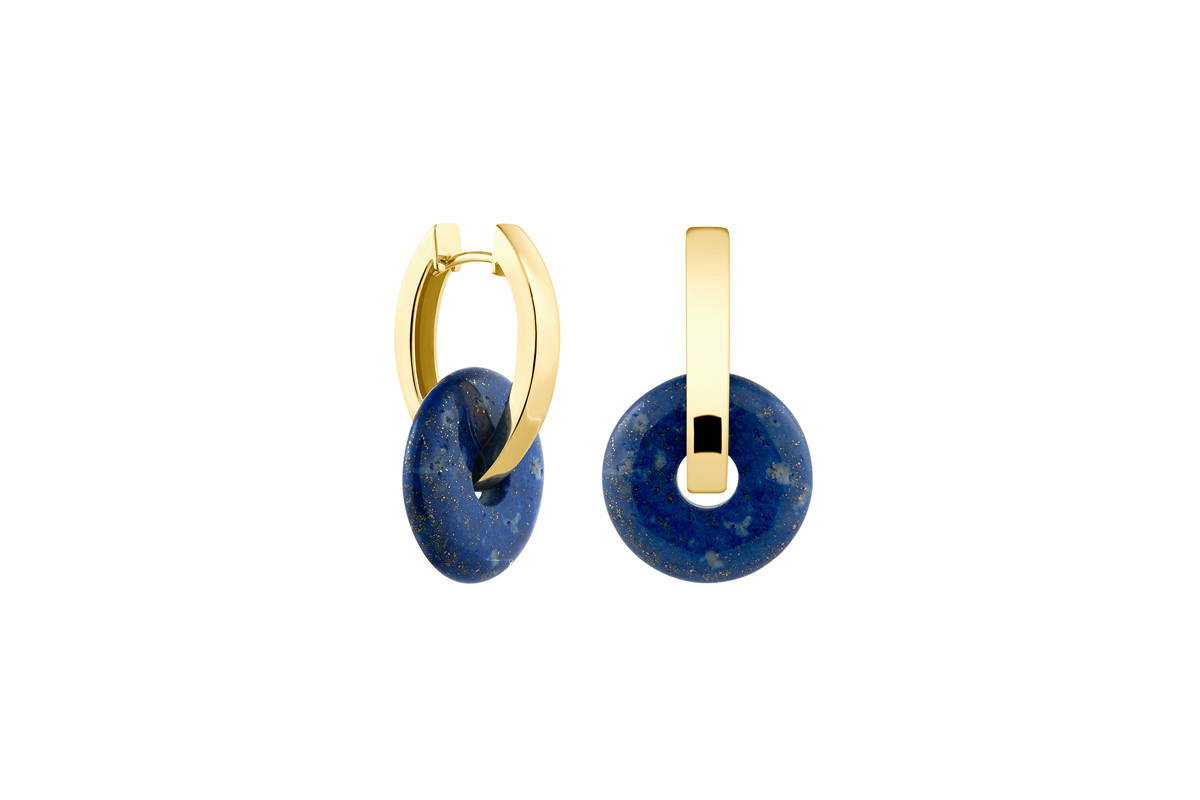 It is this intense blue color and the small sparkling inclusions of pyrite (flint) that give this stone its incomparable character. The lapis lazuli is considered to be the stone of wisdom and beauty.

Its blue is similar to the color of the sky, hence it is also known as the sky stone. Cleopatra already loved the striking blue of this gemstone.

The lapis lazuli is often worn as a good luck charm, but it is also said to have a healing effect. For example, it should have the strength to reduce fears.

The stone is mainly mined in Afghanistan. But it also occurs in California, Chile, Russia, Canada, Persia and Pakistan. Rough stones, crystals, as well as shaped and cut specimens, were sold as early as 3000 BC. The lapis lazuli is not only valued as a gemstone, it is also important as an object of spiritual symbolism.

The gemstone owes its color to various microcrystalline inclusions. In nature, the mineral occurs in brown, reddish, bluish or greenish hues. The stone has a strong shimmer, and its metallic sheen is particularly noticeable. It is therefore very popular in jewelry production, for example for earrings and pendants. Aventurines not only decorate, they also help those who wear them to find more inner peace and serenity. This stone can only be found in relatively few areas, including Germany, Austria, South Africa, India, China, Japan and the USA. 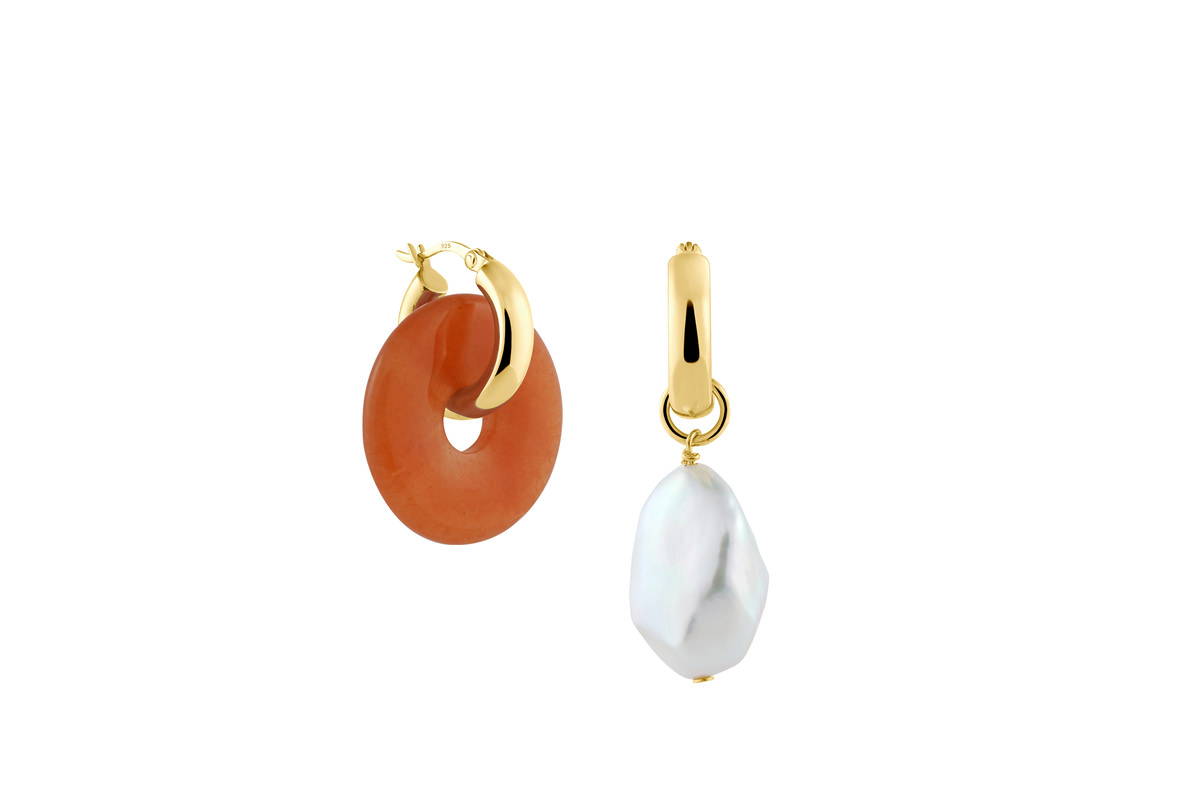 It is that fine glow of light on the smoothly polished surfaces that resembles the slit-like pupils of tigers in the dark and gives the stone its mysterious name. Tiger’s Eye is a very old talisman that was supposed to protect its wearer from misfortune even in ancient times. The mostly golden brown or golden yellow colored stone is also credited with the power to promote harmony between people.

The gemstone has its origin in South Africa. It can also be found in Myanmar, China, Sri Lanka, Australia, Brazil and the USA.

It is not yet known to many. Nunderit has only been on the market as a gemstone for a few years. But because of its distinctive and discreet charm, it finds more and more lovers amongst us. In Australia, where this stone is mined, numerous legends are said to have grown up around the brown stone with its characteristic, pistachio-green inclusions. So it is associated with magic, but unfortunately no precise information has been passed down. 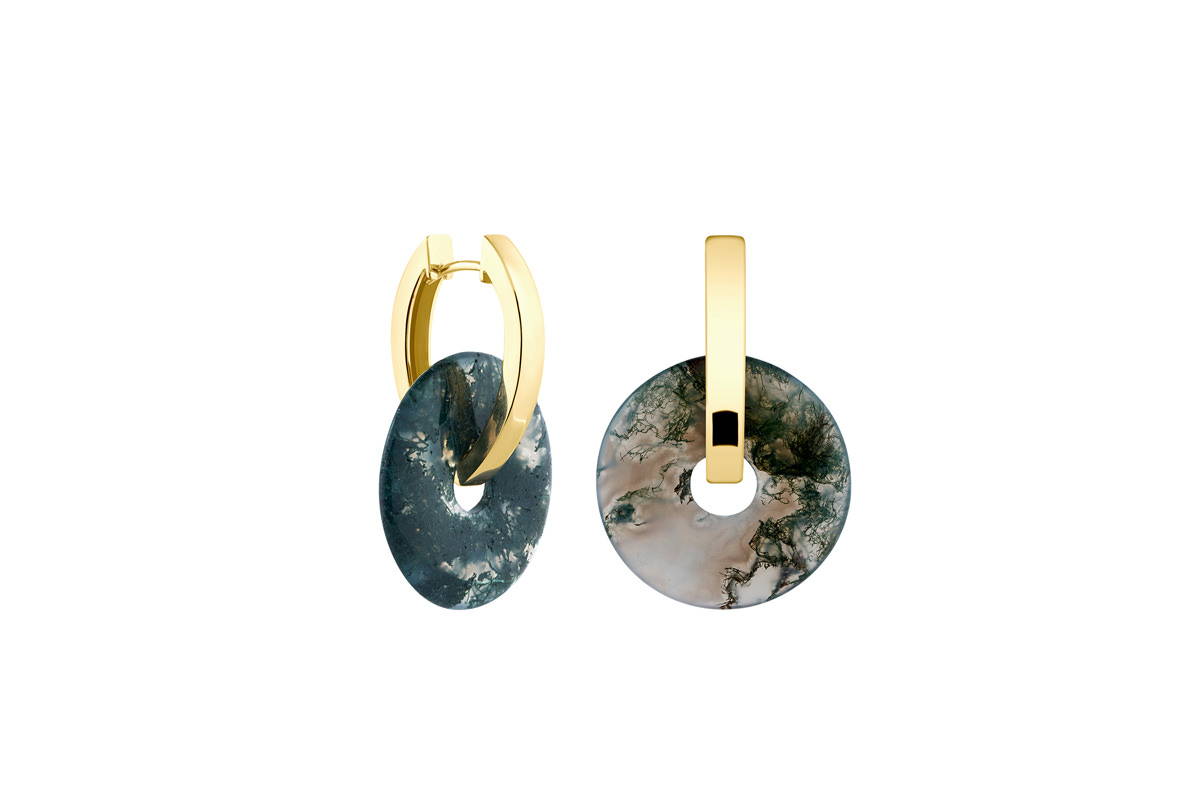 Don't let the name fool you. Moss agate is by no means, as suspected, moss green and doesn't have much to do with moss, it just has a moss-like pattern. It is also not an agate - it is a chalcedony and therefore belongs to the quartz group. Moss agates are mostly colorless or white, interspersed with green, green-black or red-brown delicate structures that are reminiscent of tiny, branched trees. As decorations, moss agates are mainly offered in smooth cuts.

The stone makes you brave, strengthens self-confidence and promotes self-awareness. For many people it is also a good luck charm. Moss agate can be found, amongst others, in Germany, Hungary, Kazakhstan, the USA and Canada.

There is something mysterious about this stone, almost mystical about it. Rhyolite is mostly a light gray or reddish rock, formed in particularly quartz-rich lava. Its name was formed from Greek word syllables and means something like "flowing stone", probably an indication of its volcanic origin. Highly polished, rhyolites, for example, as visually impressive stone beads, are a real eye-catcher for chains of all kinds. The stones help you to find yourself. You strengthen your own perception and help to accept yourself.

Rhyolite deposits can be found worldwide in landscapes shaped by volcanism. In Germany, for example, in the Harz or the Odenwald. 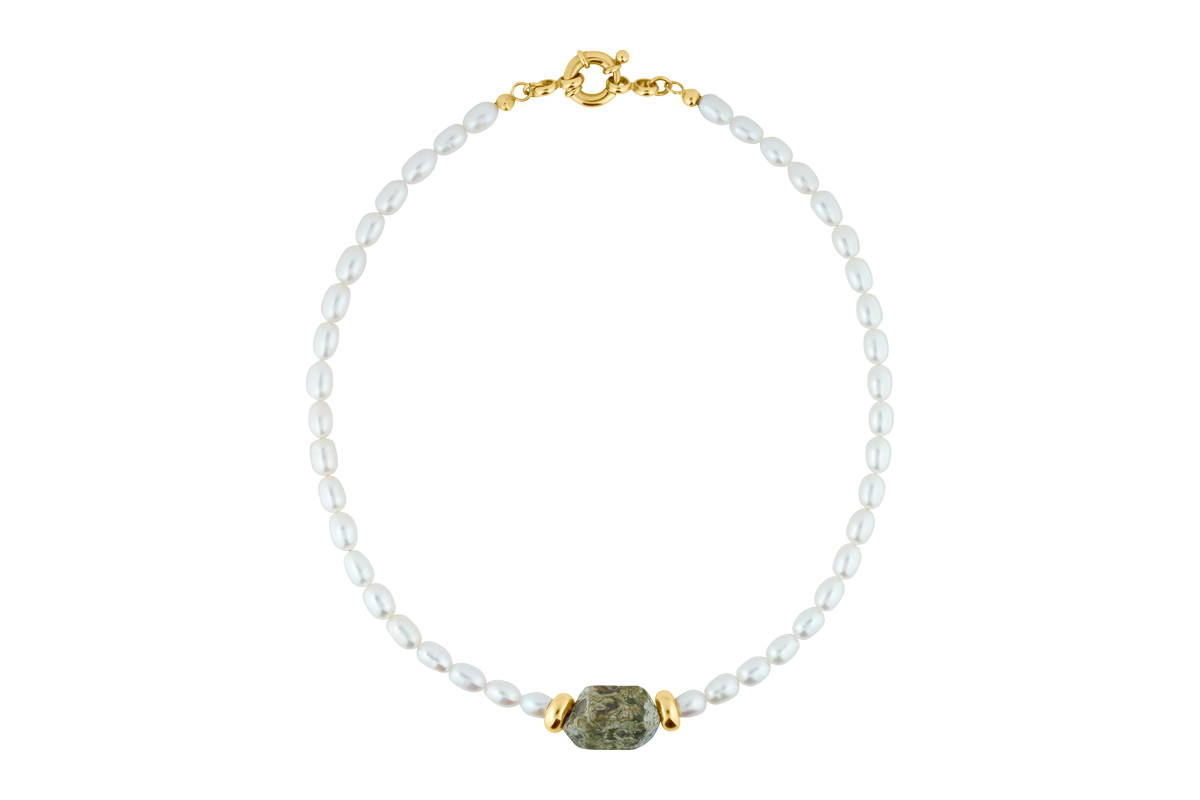 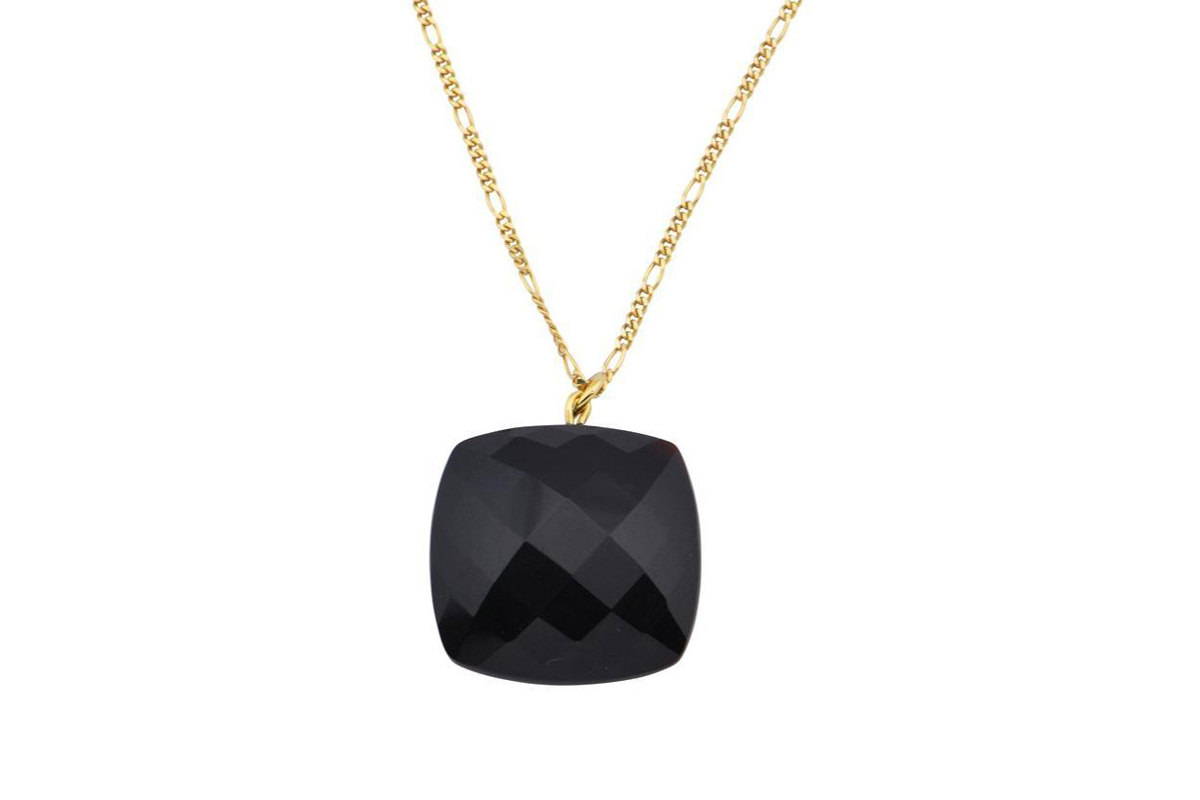 Onyxes are among the most distinctive gemstones of all. The name onyx comes from the Greek and translates as fingernail. Its noble deep black color, mostly opaque or only slightly translucent, makes this gemstone extremely popular and something very special. Even in ancient times, the gemstone was known as a protective stone that was supposed to ward off disaster. Onyxes are said to give their wearers pure joie de vivre. These exotic gemstones were found in Yemen, Pakistan, Brazil, Mexico, Uruguay, Crete, Madagascar and the USA.

Lemon? Yes! Lemon! The yellow quartz (citrine) got its name, of course, because of its yellowish color. The name is derived from the Latin word "citrus" and translated means lemon. Citrines come in very different shades of yellow: from light to dark yellow, yellow-brown, lemon-yellow or orange-yellow. Real yellow citrine, however, is very rare in nature.

Citrine gives zest for life, strengthens self-confidence, helps with stress, grief and depression. There are citrine deposits in Norway, Spain, Australia, Argentina and many states in the USA. 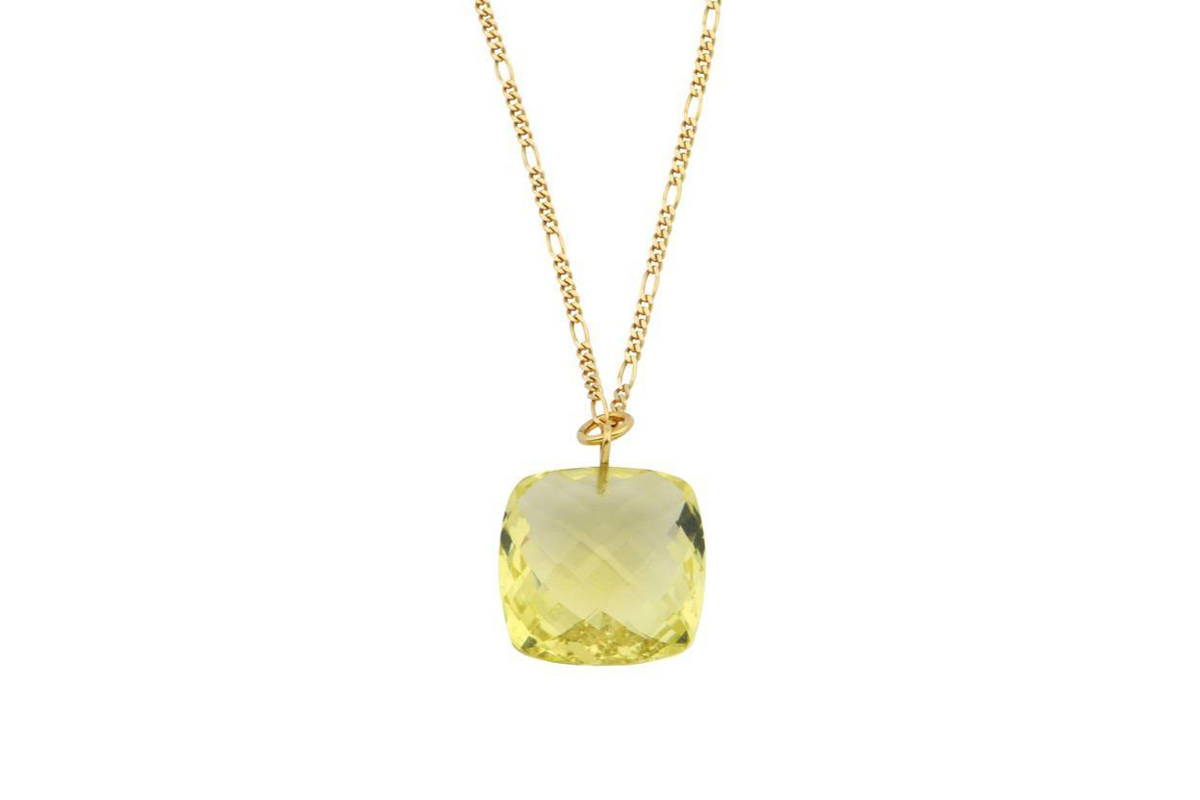 Diamonds have not only been “a girl’s best friends” since Marilyn Monroe. The gemstone has exerted a very special fascination to people for thousands of years. Important to know: Not the shape, only the artful, precise cut determines how strong a diamond sparkles. The virtuoso cut ensures the brilliance and the countless light reflections of a diamond and makes it unmistakable. Four criteria determine the value of a diamond: the cut, the purity, the color and the weight. However, not every diamond is suitable as a piece of jewelry. Only a quarter of the gemstones meet the quality requirements and can be processed. The rest is used in industry.

A diamond provides strength of character, strengthens willpower and personal self-esteem. The largest deposits of diamonds are found in Russia, Africa, Australia, Canada and Brazil.

Agate was already popular as a gemstone in ancient times. This eye-catching semi-precious stone is a quartz variant and is easy to recognize by its different colored stone layers. The agate was discovered on the Achates River in Sicily, hence its name. The enormous variety of colors of natural agates is impressive, they can be found in almost any color.

The gemstone is said to have a great effect on the human soul. For example, agate promotes self-acceptance and strengthens self-confidence. There are sites all over the world, for example in England, France, Bulgaria, Kazakhstan, Iran; Kenya, Australia, Bolivia, Mexico, USA and Canada. 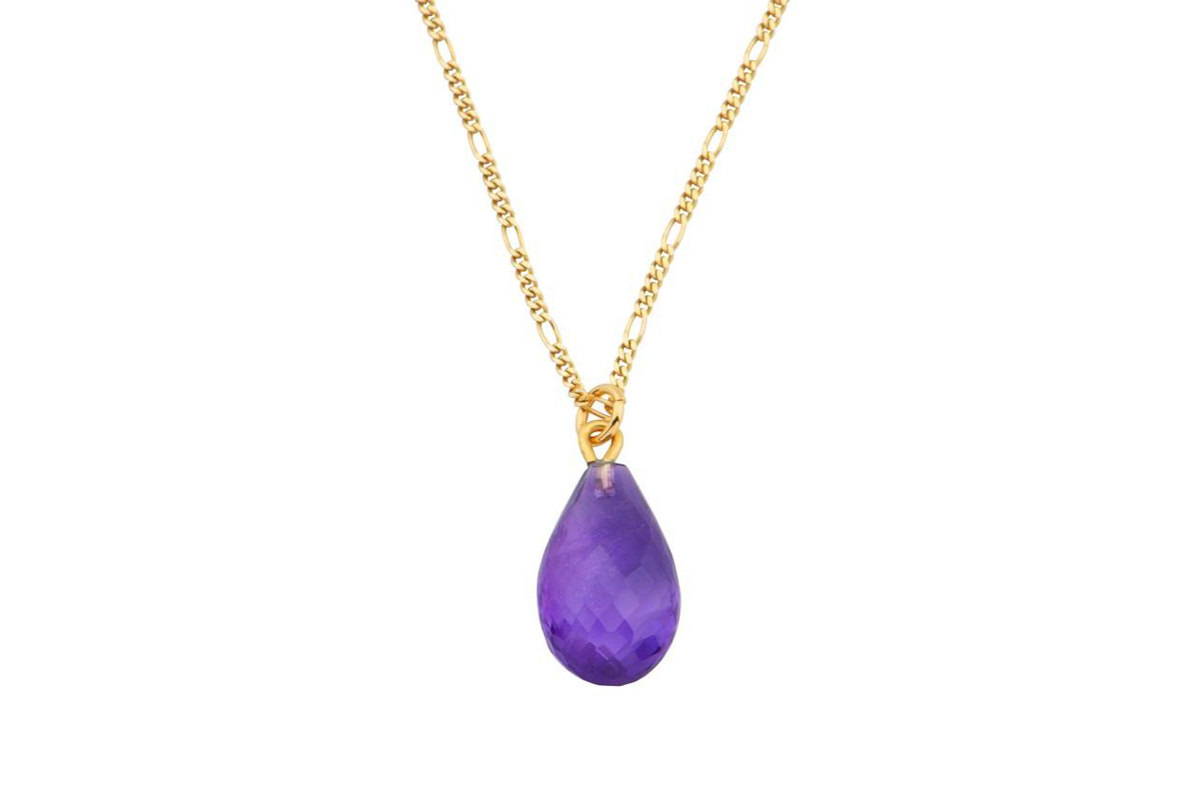 In its classic violet form, the amethyst is one of the extraordinary and most sought-after gemstones. The color spectrum is impressive, from a very light purple to a very dark purple. All stones are transparent to translucent.

The name of the gemstone amethyst is said to be derived from the Greek “amethystos”. Translated it means something like "counteracting the intoxication" - the gemstone should protect against alcoholism. Leonardo da Vinci also believed in the unusual powers of the amethyst. It is supposed to sharpen the mind and drive away bad thoughts. Locations are: Brazil, Uruguay, Namibia, Madagascar, Russia, Sri Lanka and Marocco.

The prasiolite shows its true color. It is a beautiful, leek-green gemstone from the large group of quartz. The Greek words "prason" (for leek) and "lithos" (for stone) describe its name. Naturally green colored quartz is very rare in nature. Because this natural gemstone is a rarity, it is often artificially created by firing green amethyst or yellow quartz.

Prasiolite gives its wearers peace and stability and keeps the body in balance. The gemstone is also said to have the power to convert negative energy into positive. Known occurrences of natural green prasiolite are in Poland, Brazil, and the southwest of England. 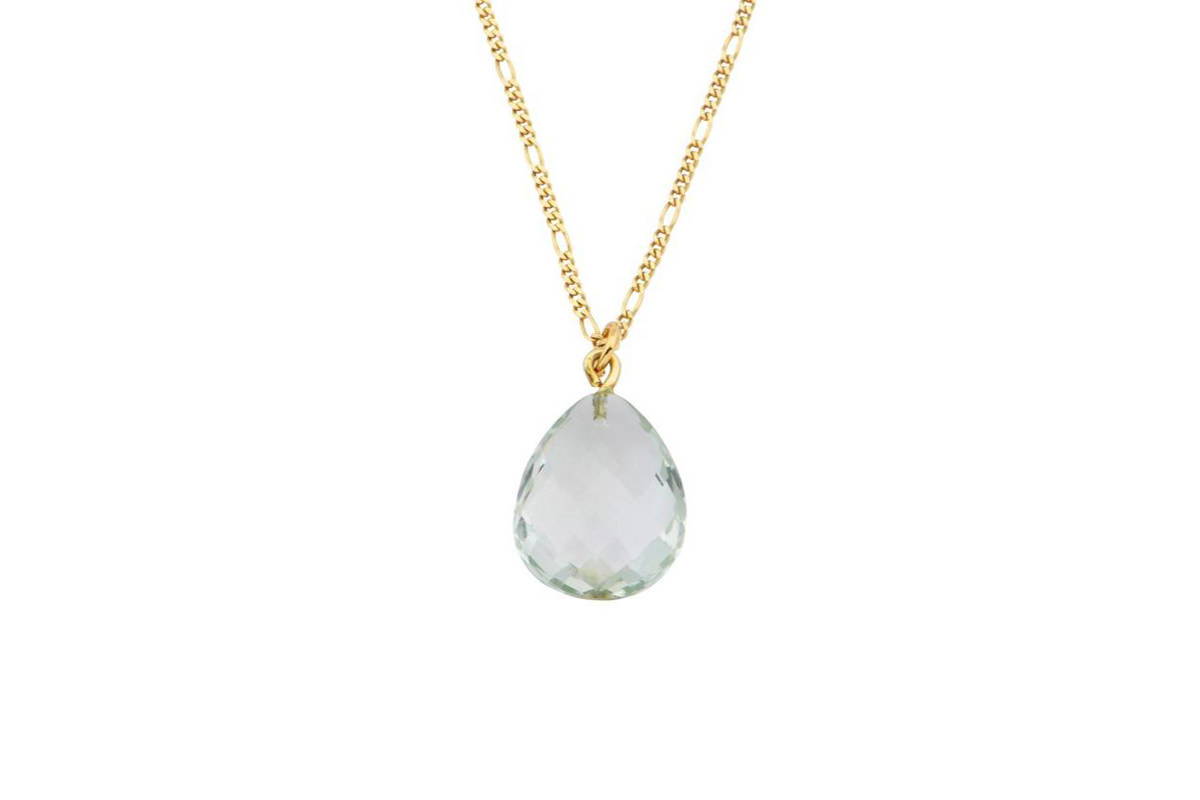 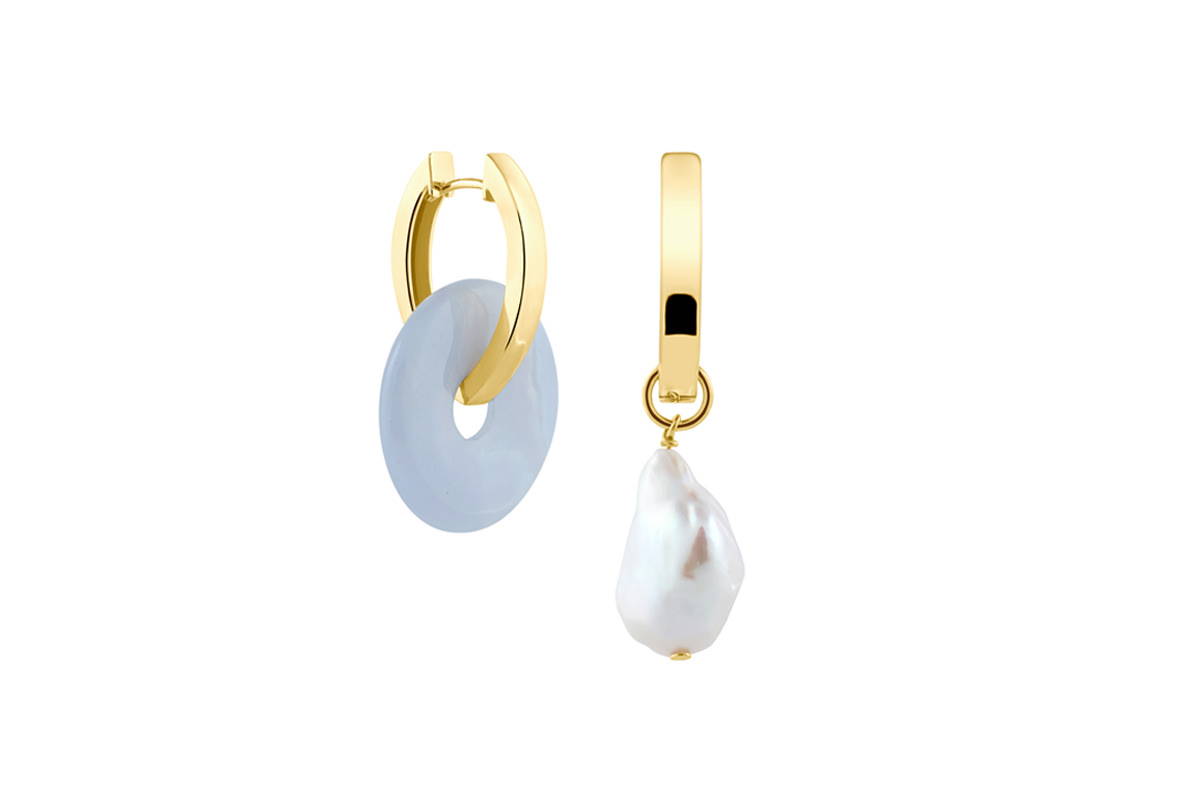 People have given this beautiful stone many different names over the centuries. Among other things, it was called Milchstein, Jasponix, Quartzine, Massik, Zoesit, Californian Moonstone, Staarstein or Beekit. The light blue chalcedony has a special meaning. As a so-called “speaker stone”, he is said to have the power to help people have a pleasant voice and more expressiveness.

Chalcedony has a wide range of colors. It ranges from white to light blue, from red to pink. There are deposits of chalcedony all over the world, in Turkey, India, Namibia, Russia, Brazil, Madagascar, Morocco and Uruguay - also in the German Ore Mountains.